Port Adelaide’s city centre became the go-to destination for Australian and international street artists between 29 – 31 March 2019. Co-presented by Wonderwalls Port Adelaide and The Big Picture Fest, this is the third instalment of the festival since 2015.

I decided to visit the festival on day three. I set out on foot with my pocket-sized Wonderwalls map and put together this photo feature taken during my walk with photographer Jakub Gaudasinski. 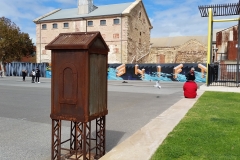 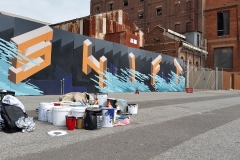 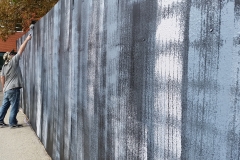 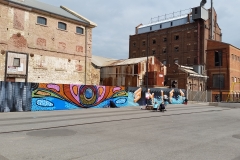 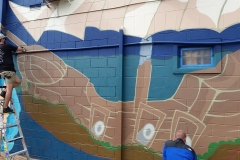 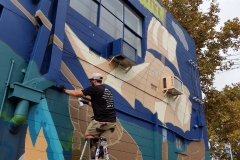 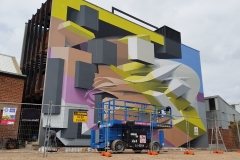 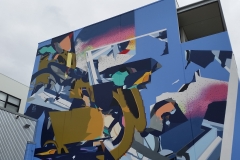 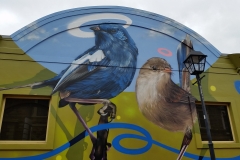 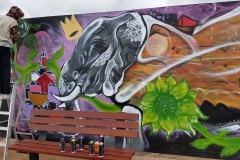 One of the artists I had the pleasure of chatting to was Scott Rathman while he painted on Mundy Street near Hart’s Mill. He posted this statement on Instagram soon after completing his artwork:

“The wall is a representation of the Port River and the Semaphore seafront with the big circle in the middle [being] Port Adelaide. It is about those moments in time when different communities come together sharing, learning, nurturing, and growing together. [This is] something we need to do better in our local communities, free from hate and with open hearts and minds.” – Scott Rathman, artist @rathman74

“[It] has been a massive effort over the last 3 days with almost 30 hours spent painting.”

Rathman fuses Aboriginal art with contemporary elements to create his original style. His heritage can be traced back to the Arltunga region of the East MacDonnell Ranges, where his grandmother originated, and the Arrernte people of Central Australia. Since 1989 he has been painting contemporary Aboriginal artworks. His art is the vehicle for helping him understand his cultural background, and he proactively looks for new ways to combine indigenous traditions with modern design.

This year’s program can be accessed here.